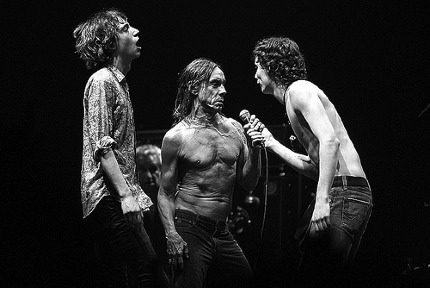 Who doesn’t want to be adored? To have others think you’re talented, cool, interesting and sexy? Even if you can live without hordes of screaming fans, I’ll bet you’d at least like the respect of a select group of your peers.

Talent is attractive. We admire it, crave it, analyse it, envy it. For rock stars talent and fame go hand in hand. But in the old world, if you wanted to be a star you had to be ‘discovered’ by a kindly A&R man, talent scout, manager, editor or casting director. And there was only so much fame to go around.

Andy Warhol famously said ‘In the future everyone will be world-famous for 15 minutes’. So far his prediction hasn’t come literally true, but if we take it to mean ‘Everyone can have their own slice of fame’, then we are now living in Warhol’s future. Kevin Kelly said as much when he pointed out that an artist only needs 1,000 true fans to make a living, and that the current state of the internet makes that eminently achievable for anyone who really wants it.

Steven Van Yoder riffs on the same theme in his book Get Slightly Famous, where he points out that many of us don’t need to become world famous, but can reap large rewards by becoming a mini-celebrity in a specialist niche. The ‘slightly famous you’ has rock star status in the eyes of the people who matter to you – bringing you as much work and adoration as you can handle.

David is an independent contractor, recently moved to Northern Ireland from Edinburgh. Once upon a time he would have been well-advised to seek out clients in his local area. A careers counsellor would probably not have suggested that he build a global audience of thousands in order to attract interesting clients from the other side of the world. Yet that’s exactly what he’s done – his blogs DavidAirey.com and Logo Design Love are read by thousands of people every week and his name is probably the first on the lips of any of them who find themselves in need of a logo. David’s fame has led to commissions from the high profile Dosh Dosh blog and Berthier Associates, a corporate interior design firm in Japan. His client list also includes companies in France, Norway, the USA, Canada, South Africa and Greece. He is also attracting the attention from the press, with recent features in Digital Arts and How magazines.

No one from the film industry approached us and the excitement was basically over.

They were told that the film would be hard to market because it had no stars, which would make it very difficult to find an audience. Everyone they spoke to was using the film industry’s usual formula for success:

Faced with this logic, many aspiring film makers give up. Not Susan and Arin. They decided to find the audience themselves.

In 2005 they started a video blog about the making of the film and started to attract attention from other bloggers. At the end of each podcast was an invitation to visit the Four Eyed Monsters website, which featured the following message:

Do you want to see our feature film in a theater? Just fill out the request form and if more then 150 people request our film in one area we’ll set up screenings.

Because they were collecting zip codes as well as email addresses, they could contact people in the local areas and make sure the cinema screenings were sold out. They used Google Maps to create a ‘Heart Map’, with hearts marking the places where screenings had been requested by their fans. The bigger the heart, the more names on the list – when they reached 150 names they approached theatres direct and negotiated screenings.

The online campaign lead to festival spots, awards, features in the New York Times and on Fox 25 News, cinema distribution, and money making deals with YouTube, Spout.com and TV broadcasters. The DVD is now on sale in Borders.

All of which is clearly immensely satisfying to the film makers, but they have said that it is not as important as the audience response. Four Eyed Monsters could not have succeeded without the audience becoming evangelists and recruiting their friends to screenings. A community mushroomed around the film, making each screening an event. Audience feedback even shaped the editing of the film.

Four Eyed Monsters rewrote the formula for success in the movie industry. The same principles can be applied to any creative medium:

In this video, Susan and Arin describe the journey in their own words. It’s worth setting aside 30 minutes to hear a truly inspiring story.

Like David, Susan and Arin, you don’t need a million fans. You don’t need to wait to be discovered. You don’t even need to throw a TV out of the window. With enough imagination and persistence, the opportunity is there for you to earn a great living doing what you love and enjoying the acclaim of your fans and the respect of your peers.

The Slightly Famous You

When and where have you received the most praise and adulation from others?

(If you find it hard to think of an example, remember what it was like to receive a round of applause at a public event, or a compliment from a friend.)

How did you feel? Did you want to bask in the applause or disappear into a hole in the ground?

Is that a feeling you could get used to?