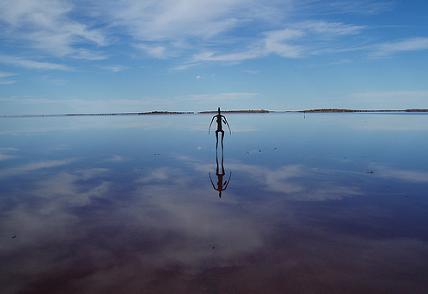 You love your friend, I know that. But it doesn’t disguise the fact he’s getting on your nerves.

Once again, you’re sat listening to the same old complaints about the same old problems. You’ve been round and round in circles with this, many times.

Surely the answer is staring him in the face? Isn’t it obvious?

You’ve even told him what he needs to do, several times. But he still doesn’t get it. What’s going on here?

OK, let’s back up a little. I know you’re feeling frustrated and you’re only trying to help your friend. But it seems like he’s not getting the message. Let me tell you about some psychological research that sheds new light on this age-old situation.

In a recent article for Scientific American, Oren Shapira and Nira Liberman summarise research by Lile Jia and colleagues at Indiana University at Bloomington, into the effect of psychological distance on creativity.

When we think about events happening far away, in the past or future, and/or to other people, they are said to be ‘psychologically distant’ from us. Psychological distance is reduced when you think about something happening right here, right now, to you.

According to the researchers, ‘even minimal cues of psychological distance can make us more creative’. They found that research subjects found it easier to solve problems when they were told that the questions had been devised by an institute 2,000 miles away as opposed to 2 miles away. Psychological distance can also be created by describing problems as happening to historical figures or fictional characters, instead of people living in modern society.

Logically, it shouldn’t make any difference to a challenge whether it was faced by Napoleon Bonaparte or Joe from next door. But psychological distance unlocks a different kind of thinking:

psychological distance affects the way we mentally represent things, so that distant things are represented in a relatively abstract way while psychologically near things seem more concrete.

(Shapira and Liberman, An Easy Way to Increase Creativity)

So, for example, if you read a novel about Francesca, a lady living in 18th-century Rome, who was stuck in a relationship with Paolo, a partner with a long-term history of alcohol abuse and destructive behaviour, it might seem obvious to you that Francesca couldn’t carry on nagging and placating Paolo and hoping things might change.

From this distance, the dynamics of the relationship are pretty clear: unless Francesca does something dramatic to interrupt the vicious cycle, it’s going to destroy them both. And although Francesca feels she has no choice, I’m sure you can think of several options for things she could do to help Paolo and save their relationship.

Not easy, but not impossible – right?

Now imagine looking into the eyes of the person you love most in the world, and feeling their pain and helplessness as they plead for “one more chance to put things right”. Chances are this situation doesn’t seem so clear-cut. And I’m guessing you would find it a lot harder to come up with creative options.

Objectively, the situation is identical. The only difference is in your perception. The further away the problem seems, the easier it is to see the patterns and relationships between the different elements, and to rearrange them in different combinations.

But that’s not all …

Once You See the Answer, You Have To Act on It

The research on psychological distance is fascinating and useful, but to me it only tells half the story. It may be an easy way to increase creativity if your definition of creativity is limited to creative thinking. But as we said right at the beginning of Lateral Action, creative thinking is not enough – you have to follow through on your insights and make things happen. And that’s where things can get ugly.

And you know what? I bet that if Francesca could look into the future and see the problems we’re faced with right now, she could offer us some really stellar advice. But would we be willing to take it?

If you’ve ever had your eyes opened by some insightful words from a friend, when the scales fell from your eyes and the solution to your problem became clear – then felt the fear in your stomach when you realised what you’d have to do – then you’ll know what I’m talking about.

Knowledge brings responsibility to act. And when it’s us in the hotseat, the fear of consequences can be a pretty big creativity killer.

How to Make Creative Use of Psychological Distance

Shapira and Liberman offer some excellent suggestions about the practical implications of the research:

there are several simple steps we can all take to increase creativity, such as traveling to faraway places (or even just thinking about such places), thinking about the distant future, communicating with people who are dissimilar to us, and considering unlikely alternatives to reality.

But none of this addresses the fear of taking action, when difficulties loom large and the benefits seem small by comparison.

But none of this addresses the fear of taking action, when difficulties loom large and the benefits seem small by comparison.

Can you see where I’m going with this?

Supposing we make some creative use of psychological distance here, to reverse the balance of difficulties and benefits?

Take a moment to imagine travelling into the future, to a time when the benefits seem real, solid and powerful – and the difficulties you went through to are already fading into history. Sure, making changes was tough at the time, but looking back on it now, you can see it was a price well worth paying.

How do you feel about taking action now? Difficult, but not impossible?

OK, to sum things up. When you’re stuck on a seemingly insurmountable problem:

Stage 1 – Generating Options
Use psychological distance (e.g. talking to others, travel, projecting into the past or future) to take yourself out of the here and now, and unlock your abstract creative thinking skills. If necessary, tell yourself you’re just ‘exploring options’ which you aren’t necessarily going to act on. 😉

Stage 2 – Taking Action
Use psychological distance to project yourself into the future, to a time when you are reaping the benefits of taking action and the difficulties seem small by comparison. Keep this future scenario family in mind, particularly when things get tough.

That’s how things look to me – but maybe you can point out some creative options I’ve missed. 🙂

Have you ever struggled to persuade someone of the value of an ‘obvious’ solution to their problem? If you succeeded, how did you do it?

Have you ever used psychological distance to solve one of your own problems? How?

Any other tips for getting over the fear of taking action?