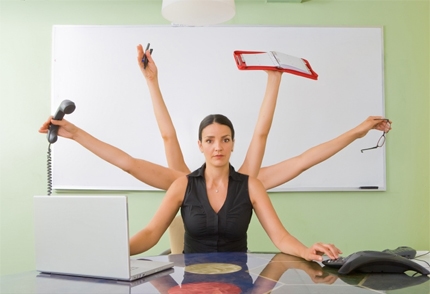 You wouldn’t drink and drive. But would you drink and write?

Maybe a glass of wine could be just the thing to get you started on that poem to your sweetheart.

But how about a few beers before writing an important e-mail? Or a business proposal?

Could you do with a shot of whisky before taking a phone call from a client? How about some Dutch courage before a big presentation?

It sounds absurd when I put it like that. But did you know that there is strong research evidence that the popular working practice of multitasking can reduce your performance level to that of a drunk?

Here’s molecular biologist John Medina on the subject of multitasking while driving:

Until researchers started measuring the effects of cell phone distractions under controlled conditions, nobody had any idea how profoundly they can impair a driver. It’s like driving drunk … Cell-phone talkers are a half-second slower to hit the brakes in emergencies, slower to return to normal speed after an emergency, and more wild in their “following distance” behind the vehicle in front of them… More than 50% of the visual cues spotted by attentive drivers are missed by cell-phone talkers. Not surprisingly, they get in more wrecks than anyone except very drunk drivers.

That may sound like an extreme example, but by attempting two tasks simultaneously (driving and talking on the phone) these drivers were essentially doing the same thing as an office worker who is simultaneously writing a document, checking and responding to e-mail, fielding phone calls, surfing the web and/or engaging in conversations via social networking sites.

Yet multitasking is often spoken of with approval, a skill to be cultivated. Multitaskers are admired for their efficiency and seen as people who get things done.

Don’t get me wrong – multitasking would be great, if it existed. But it doesn’t.

There’s No Such Thing As Multitasking

In Brain Rules, Medina points out that the brain cannot multitask:

Multitasking, when it comes to paying attention, is a myth. The brain naturally focuses on concepts sequentially, one at a time. At first that might sound confusing; at one level the brain does multitask. You can walk and talk at the same time. Your brain controls your heartbeat while you read a book. A pianist can play a piece with left hand and right hand simultaneously. Surely this is multitasking. But I am talking about the brain’s ability to pay attention… To put it bluntly, research shows that we can’t multitask. We are biologically incapable of processing attention-rich inputs simultaneously.

If you’ve ever put on a CD to listen to while working, and then noticed with surprise that the music has finished and you can’t remember hearing any of it, you’ll know what Medina is talking about. Because we can only concentrate on one thing at a time, when we try to do multiple tasks that require attention, we end up switching between tasks, not doing them simultaneously.

Business coach Dave Crenshaw, author of the book The Myth of Multitasking, makes the same point:

When I speak of multitasking as most people understand it, I am not referring to doing something completely mindless and mundane in the background such as exercising while listening to this CD, eating dinner and watching a show, or having the copy machine operate in the background while you answer emails. For clarity’s sake, I call this ‘background tasking’.

When most people refer to multitasking they mean simultaneously performing two or more things that require mental effort and attention. Examples would include saying we’re spending time with family while were researching stocks online, attempting to listen to a CD and answering email at the same time, or pretending to listen to an employee while we are crunching the numbers.

So there’s no such thing as multitasking. Just task switching – or at best, background tasking, in which one activity consumes our attention while we’re mindlessly performing another.

How Task Switching Affects Your Work

We’ve already seen that multitasking on the road is the equivalent of drinking and driving. Other research cited by Medina shows that people who are interrupted – and therefore have to switch their attention back and forth – take 50% longer to accomplish a task, and make up to 50% more errors.

When I trained in hypnosis, we were taught that one of the easiest ways to create amnesia is to interrupt someone. Have you ever had the experience of chatting to a friend in a cafe or restaurant, when the waiter interrupts to take your order – and when he’s gone, neither of you can remember what you were talking about?

This effect is so powerful that it even happens when you’re fully aware of what’s going on. I remember it happening when I had coffee with Johnnie Moore a few months ago – we were amused to discover that even though both knew what had happened, it took us 20 minutes to remember what we had been discussing when the waiter arrived.

As well as amnesia, task switching creates delays. According to Medina, each time you switch tasks, your brain has to run through a four-step process to disengage the neurons involved in one task and activate the neurons needed for the other. The more you switch, the more time you lose.

More research, reported by the New York Times, has attempted to quantify the effect of interruptions and multitasking on office productivity:

In a recent study, a group of Microsoft workers took, on average, 15 minutes to return to serious mental tasks, like writing reports or computer code, after responding to incoming e-mail or instant messages. They strayed off to reply to other messages or browse news, sports or entertainment Web sites.
…

The productivity lost by overtaxed multitaskers cannot be measured precisely, but it is probably a lot. Jonathan B. Spira, chief analyst at Basex, a business-research firm, estimates the cost of interruptions to the American economy at nearly $650 billion a year.

So next time you’re tempted to ‘multitask’ and ‘switch effortlessly’ between phone, e-mail, word processor and web browser, you might like to stop and think about the likely effect on your productivity – and ultimately, your profitability.

If overtaxed multitasking is so unproductive, what does a high-performance state look like? We’ve already caught a glimpse of it on Lateral Action, in psychologist Mihaly Csikszentmihalyi’s concept of creative flow.

Flow is a state of consciousness experienced during periods of peak performance. It’s characteristics include pleasure, clarity, serenity and timelessness – and focus. In Dr. Csikszentmihalyi’s words, during flow we are “completely involved in what we are doing – focused, concentrated”.

Whereas our limited attention bandwidth is a hindrance when it comes to multitasking, it is a positive advantage when it comes to flow. According to Csikszentmihalyi, when we devote all our attention to the task in hand, we tune out distractions from our environment, and can even lose our sense of self. Here’s Csikszentmihalyi’s description of a composer in the act of writing music:

When you are really involved in this completely engaging process of creating something new – as this man does – he doesn’t have enough attention left over to monitor how his body feels or his problems at home. He can’t feel even that he’s hungry or tired, his body disappears, his identity disappears from his consciousness because he doesn’t have enough attention, like none of us do, to really do well something that requires a lot of concentration and at the same time to feel that he exists.

How to Be Single Minded

It’s not rocket science. It’s not even news. Medina, Crenshaw and Csikszentmihalyi are hardly the first to tell us to do one thing at a time:

“Always do one thing at a time, that of the present moment.” ~ George Gurdjieff

You may not be as hard-core as the Buddha or Gurdjieff. Russell Davies points out that there’s a lot to be said for distractions and interruptions – they stimulate our creativity and are part of what makes us human.

First thing in the morning and towards the end of the afternoon, I like nothing better than to idly flick through my blog feeds while chatting and following links on Twitter. But when it’s time to get down to work, it’s time to switch all that stuff off.

Just don’t confuse it with being productive.

Do you believe in multitasking?

What effect do you notice when you try to do several tasks simultaneously, vs doing one thing at a time?

What were we talking about just now? 🙂